When Newcastle United Got The Better Of Fergie

They’re calling it football’s equivalent of the fall of the Berlin Wall. Sir Alex Ferguson’s decision to retire this week has shocked the footballing world, with paper after paper producing a plethora of articles, commemorating the unrivaled achievements of British football’s most successful manager. 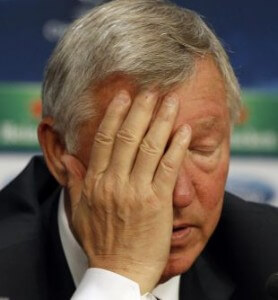 Please don’t make me have to face Newcastle United again…

Though rather than add to the eulogies of Fergie’s footballing passing, I instead want to do a smaller study and look at how Sir Alex and Newcastle United have enjoyed (or struggled to enjoy) a relationship during his 26 years as Manchester United manager.

Since Fergie’s appointment in November 1986, Newcastle have played Manchester United a grand total of 50 times, drawing 14 and losing 29. So of the 50 clashes with the great gum-chewer, Newcastle have managed 7 victories. Yes, a measly, meagre 7 wins. That’s it!

When I found this out, I could only name 3 from memory. Like any avid Newcastle follower the first game which sprung to mind was of course the 5-0 (20 Oct 1996), Philippe Albert chipping, Kevin Keegan celebrating, St. James’ Park walloping, rout dished out to the Red Devils in 1996.

Another game fresh in mind is last season’s 3-0 (4 Jan 2012) destruction at St. James’ Park, a game which seems longer ago than it actually was, having been subjected to this season’s long and miserable slog. That game was the first time we’d beaten the Red Devils in over 10 years. So what else could I remember? We always lose against Man U…

There was however a rip-roaring classic back in 2001, when Alan Shearer scored the winner, to put Newcastle 4-3 (15 Sep 2001) up, in Sir Bobby Robson’s 100th game in charge of the toon. The game is also remembered for a certain Roy ‘dog walking’ Keane attempting to punch Big Al, only for the disgruntled Irishman to see red, making the defeat all the worse for Ferguson. 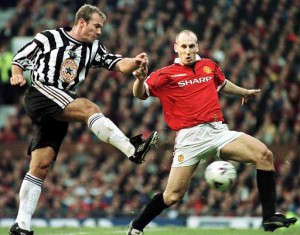 But what else? 4 more wins in 26 years, any ideas? There is another 21st Century triumph in there, a 3-0 (12 Feb 2000) demolition over one of Fergie’s greatest sides, a team who in only the season prior had completed the famous treble. Goals from Shearer and Big Dunc sealed the win in a game which also saw another NUFC legend, Gary Speed, making his 100th game for the club. This was at a time where Sir Bobby was building a team firmly in the ascendancy and boy do we miss those times on Tyneside. It really was fantastic stuff!

Surprisingly, we did record another victory of Sir Alex’s men during my lifetime, a 2-1 (26 Oct 1994) League Cup win, although you will have to forgive me from failing to remember it – I was only 3 years old! Paul Kitson and Albert scored for the toon that day, in a line-up consisting of 8 English players, a far cry from circumstances today! Albert the Belgian, popular ‘keeper Pav Srnicek the Czech and Swiss defender Marc Hottiger were the 3 foreign players to help crash Sir Alex ‘s side out of the cup. Surprisingly however, Newcastle didn’t lift the trophy…

The other two victories against Fergie came in his first full year in charge, 1987, before the Premier League era. A 1-0 (26 Dec 1987) and a 2-1 (18 Apr 1987), with both wins coming at home. In fact, during Fergie’s tenure, Newcastle have never gone to Old Trafford and picked up a win. Never. The last time Old Trafford witness a black and white victory on their doorstep was as far back as February 1972. Sigh.

The great Scot has consistently got the better of us, there’s no doubt about that. Though on some occasions, we have managed to frustrate and even humiliate one of simply the best managers the game has ever seen.

The thing is however, I’ve grown up not expecting to beat Man U, but instead to be on the end of a thrashing, even when they’re not at their best. So when we do get a result and we do manage to beat them, it’s extra special and feels more than just a 3 points picked up for the table. Perhaps that’s a little sad but it’s just how it is. If you’re a Newcastle fan and you’ve seen the lads beat the team who have dominated English football for the past 20 years, you enjoy it. You remember it. 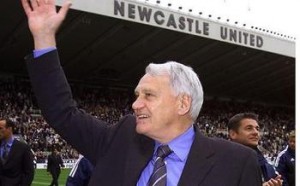 As I said at the beginning of the article, the media have understandably been relentless in the Sir Alex retirement testaments, for me however, I’ll remember him as an enemy in battle, a tormentor and begrudgingly – a winner. There are however battles to reminisce, the times when we did manage to get the better of Fergie.

So you can snatch titles from us, you can call us a wee club, you can beat us time and time again and you can burden us with Gabriel Obertan! But the Premier League won’t be the same without you that’s for sure. So long Fergie, maybe it’ll be Manchester United who will only record 7 wins over the toon in the next 50 games… Ok, I won’t hold my breath!